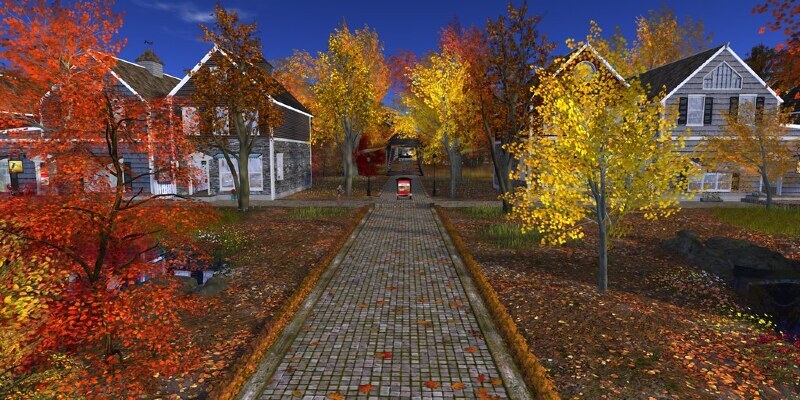 A Grand Overhaul for a Growing Family

Looking around at their modern townhome, Chris and Richard Cahill realized the harsh modern edges of rock, steel, glass and cable wouldn’t be ideal for a baby on the way. “It might have cost us $30,000 to baby-proof,” Chris says.

Besides wanting something kid-friendly, the couple required to have the ability to match up to 250 people for the yearly fundraisers they hold. They found that an ideal Georgian-style 1962 home at a Northwest D.C. suburb and embark on a yearlong renovation project helmed by Chris, a landscape architect and architect of Botanical Decorators who has his very own design-build firm. After knocking down walls, removing a lot of rock and dirt from the backyard, and placing in a catering kitchen in the cellar, the household has transitioned to their new way of life.

Among the most important spaces is their outdoor living space, often the heart of entertainment.

All of the outdoor furniture is Kingsley-Bate with custom Sunbrella fabrics. Every one of the colors ties into the color scheme of one of the interior rooms that opens to the terrace. The brown-gray cushions match the walls of the family room. The sage green couches match the curtains in the informal dining room, along with the yellow ceramic Asian stool bought at an auction brings in the gold in the living room curtains.

The rock used in the terrace is Carter rock quarried less than two kilometers out of the home.

Large double French doors open from each room across the back of the home; the sunroom, family room and living room (not pictured), highlight the simplicity of indoor-outdoor flow.

With all the large rock fireplace and aid from mobile heaters, the couple turned this East Coast backyard into a three-season living space.

To construct the garden, the couple removed more than 65 tons of rock and dirt, then earned more than 100 tons. Because the region slopes both at front and back, the conditions made it impossible to get a tractor to access, so each of the work was done by wheelbarrow.

What is more, they had to move a retaining wall back 8 feet from its original location. “You used to check out the back windows and see that a wall nearly in front of your head,” Richard says. Staggered terraces now soften the appearance of the rock wall with small gardens as a water fountain increases the outdoor ambience. The gardens, backyard terraces, outdoor living fireplace and space price about $300,000 in materials and labor.

The sunroom, or informal dining space, is the ideal example of the way the couple prioritized indoor-outdoor flow in the renovation. A wall that previously included a chimney was removed to install this wall of glass. “This chamber previously had no relationship to the backyard,” states Chris.

The couple bought the mirror at the Georgetown flea market; it is made from vintage metal cornices taken from old buildings in the city. The artist puts original photos of the buildings around the back of every mirror. The cupboard, produced in Indonesia, was bought on One Kings Lane for $780.

Broad stripes specify the layout of the home, as noticed by this perspective of the sunroom round the reflective surface of the kitchen island. Chris says redoing this space, including the demolition and rebuild, price $60,000.

A tall kitchen cabinet conceals the fridge, freezer and create drawers below; there is also a drawer for wine and beer at the end of the kitchen island.

All of the refrigerator components are in the Sub Zero 700 series, among the few lines that is 100 percent incorporated. Chris had the custom made cabinetry fabricated in one of the shops.

The wall separating the kitchen and family room was originally load-bearing and comprised utilities and pipes. Chris decided that having good flow between the rooms was worth the additional $38,000 to start the wall, move each of the utilities and add structural beams to support the load. Creating a wide opening was important for visually opening the space between the rooms and allowing the flow that defines their home.

With their expanding family in your mind, Chris notes the living room furniture is all relatively stain resistant, even the custom made horse hair hassock from Domain Furniture.

A tilt-top gaming table in the early 1800s is the focal point at one end of the living room. The double French doors to the right open to the terrace.

2 pieces of art produce the focal point in the formal living space: a realist painting, titled “The Flight to Heaven” from Toni Chimento, over the gas fireplace plus a first Dale Chihuly bowl bought at Chihuly’s Seattle studio in the 1980s.

Once Chris bought the bowl, his previous boyfriend used it to serve salad before someone pointed out they were eating out of a national treasure.

The choice of black walls in the living room permits the art and decoration to burst forth. “You can only do so in a space that has large windows and expansive scale moldings,” Chris says. This shade was a repeated choice from a home he had in Baltimore 18 years back where the black walls turned into a default by accident following the painter tried six times to create a special salmon color.

The credenza was passed down through Chris’ family.

As in a conventional residence, formal spaces are to the front part of the home and the entrance hall opens to the wallpapered formal dining room; the corner doorway opens to the kitchen. Seen in the entrance is an antique Italian commode, circa 1790, that is the most expensive piece that Chris bought for this home. A savvy seller convinced him since this is the very first thing one sees on entering, it gives the “right” first impression.

At a stroke of luck, the couple found that the silver-plated side chairs at an antique shop on Maryland’s Eastern Shore that was heading out of business. Assuming they would have the ability to find more on the internet, their hunt only brought up bits that were similar but more Indian-inspired. Eventually they filled out their antique ebony dining table with two upholstered captain’s seats for the heads of the dining table and six black lucite chairs that add to the room’s gleaming surfaces.

A artist named Jni Jocks did the silver leaf on the ceiling, which was a bit too shiny initially until she included a chocolate glaze.

The second story main bedroom’s furnishings are out of the couple’s previous modern home. Above the bed, a string of 1920s pre-war botanical prints were taken in the publication Art Forms in Nature from Karl Blossfeldt.

The large principal bath includes double vanities, a soaking tub, a sizable walk-in cupboard to the left of the bathtub, and an alcove for your bathroom.

“As two gay men with a woman, we wanted to place a very festive yet gender-neutral room, knowing that this would be the nursery for our second child as well,” Chris says. (They are planning for a second child soon.)

For the bedding and cushions in the nursery, the couple discovered a custom sewing seller on Etsy. The art over the crib is made from leftover pieces of cloth from these projects.

Along with the daybed, a vintage Mies van der Rohe Pavilion seat gives a comfortable place to sit when reading bedtime stories.

Giraffes and a toddler-size toilet customize this particular bathroom.

Artist Jni Jocks, that did the silver leaf in the dining room, also painted the motifs at the nursery and nursery bathroom.

A custom catering kitchen in the cellar is devoted to the couple’s large social events, held at least once every month and more during the holidays.

A combination backsplash matches the GE appliances along with the cabinets, which are a production line polished to seem custom.

The couple does a lot of entertaining in the home, therefore this cellar space, near the kitchen, can readily be converted to a banquet room capable of carrying 50 people to get a dinner that is adjoining.

Custom made in Milan, the leather sectional has a sleeper couch with memory foam foam mattress. The sculptural forms on the coffee table are old hat exhibits dating in the 1960s in the women’s haberdashery Woodward & Lothrop, also called Woodies, in D.C.

“This really is a really flexible space moving from networking room to large scale dinner parties to, above all, a fantastic living space,” states Chris. Redoing the cellar — including the kitchen, the foyer and the playroom/entertainment room — as well as creating bigger rock window colonies for the bigger windows in the amusement room price $162,000.

A remote-controlled gas fireplace adds a heating element on winter, along with the porcelain floors on this degree will also be heated.

The painting on the wall is by Chris’ brother, Kevin Cahill.
Referred to as “The Pairing” or the “Tree of Life,” it reflects the relationship between Richard and Chris, which Chris says is “the joining of two very different worlds to earn a perfect union.”

This view from the upper terrace indicates the back of the home.

On the upper terrace is a wholly different degree of gardens using a couple of adirondack chairs for seats and a large hammock slung between a set of trees that are large –the perfect place to read on a lazy summer afternoon.

Each one of the front windows were replaced, and operational shutters — created from mahogany that should last 50 years — were added to the front facade. The dividers price $9,800.

Chris Cahill, the designer and owner for each and every component of his home and grounds, sits Pugsley in what he says is his “favorite room and also the most used space in the home.”

See more photos of the home